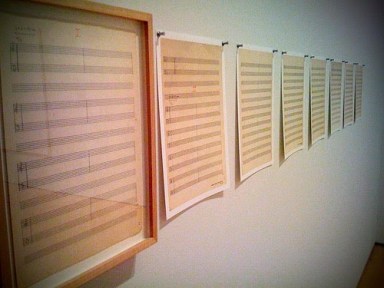 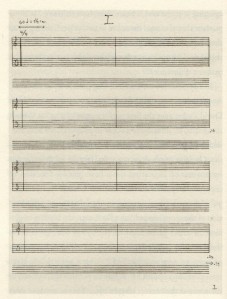 4′33″ (pronounced “Four minutes, thirty-three seconds”) is a three-movement composition by American experimental composer John Cage (1912–1992). It was composed in 1952 for any instrument (or combination of instruments), and the score instructs the performer not to play the instrument during the entire duration of the piece throughout the three movements (which, for the first performance, were divided into thirty seconds for the first, two minutes and twenty-three seconds for the second, and the third being one minute and forty seconds). The piece purports to consist of the sounds of the environment that the listeners hear while it is performed,[4] although it is commonly perceived as “four minutes thirty-three seconds of silence”.

4′33″ is Cage’s most famous and most controversial composition, and by far the most well known of the numerous musical works that consist mainly of silence.

Conceived around 1947–1948, while the composer was working on Sonatas and Interludes, 4′33″ became for Cage the epitome of his idea that any sounds constitute, or may constitute, music.It was also a reflection of the influence of Zen Buddhism, which Cage studied since the late 1940s. In a 1982 interview, and on numerous other occasions, Cage stated that 4′33″ was, in his opinion, his most important work.

4′33″ is an example of automaticism. Since the Romantic Era composers have been striving to produce music that could be separated from any social connections, transcending the boundaries of time and space. In automaticism, composers wish to completely remove both the composers and the artist from the process of creation. This is motivated by the belief that creation without social pressure is impossible, there is no way for us to truly express ourselves without infusing the art with the social standards that we have been subjected to since birth. Therefore, the only way to achieve truth is to remove the artist from the process of creation. Cage achieves that by employing chance (e.g. use of the I Ching, or tossing coins) to make compositional decisions. In 4′33″, neither artist nor composer has any impact on the piece, Cage has no way of controlling what ambient sounds will be heard by the audience.  (From Wikipedia, the free encyclopedia, Read More) 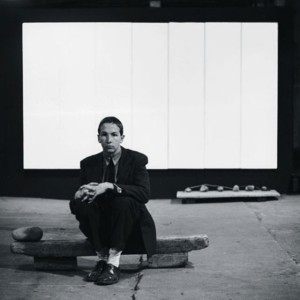 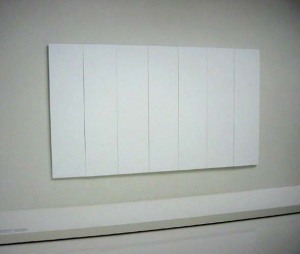 Cage’s friend and sometimes colleague Robert Rauschenberg had produced, in 1951, a series of white paintings, seemingly “blank” canvases (though painted with white house paint) that in fact change according to varying light conditions in the rooms in which they were hung, the shadows of people in the room and so on. This inspired Cage to use a similar idea, as he later stated, “Actually what pushed me into it was not guts but the example of Robert Rauschenberg. His white paintings… when I saw those, I said, ‘Oh yes, I must. Otherwise I’m lagging, otherwise music is lagging’.” Cage’s musical equivalent to the Rauschenberg paintings uses the “silence” of the piece as an aural “blank canvas” to reflect the dynamic flux of ambient sounds surrounding each performance; the music of the piece is natural sounds of the players, the audience, the building, and the outside environment. (From Wikipedia, the free encyclopedia, Read More)

Another piece of John Cage: In a Landscape (title YT file is wrong) played by Richard Bernas

4’33” by John Cage, The Tinitus version (Remix by Raimon Sibilo) 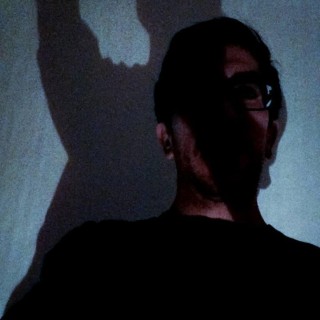